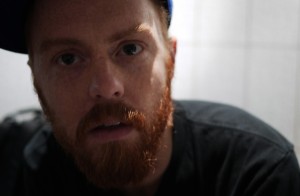 Evan Roth
Evan Roth is an artist and researcher who explores the intersection of free- and popular culture, making work simultaneously for the contemporary art world and the “bored at work” network. Roth’s work is in the permanent collection of Museum of Modern Art NYC and has been exhibited widely in the Americas, Europe and Asia, including the Centre Pompidou, the Kunsthalle Wien, the Tate, the Fondation Cartier and the front page of Youtube. Roth has received numerous awards for his work, and is also the co-founder of the Graffiti Research Lab and the Free Art & Technology Lab (F.A.T. Lab), a web based, open source research and development lab. Roth and his work have been featured in NPR, the New York Times,Liberation, Time magazine, CNN, the Guardian, ABC News, Esquire and Juxtapoz. Evan will give a talk and participate in a panel debate.

Tristan Manco
Tristan Manco is a busy man working as an artists and designer, book publisher and lecturer. You have probably come across some of his design witch extends from clients such as Swatch, BBC, EMI records, Moderns Art Oxford and the Arnolfini Gallery.Mr. Manco has several different roles in the art community and has an insight that would be hard to match. After publishing his first book on street art in 2002 he has lectured at Tate Modern, the ICA, the Arnolfini and the RCA. Tristan will give a talk and participate in a panel debate at the academic program.

Bertil Tungodden
Bertil Tungodden is a Professor in Economics at NHH, and has published work in internationally acclaimed academic journals such as Science, American Economic Review, Journal of Philosophy to mention a few. He has also been visiting professor/scholar at the University of California Berkeley, Harvard University, Munich University and Oxford University. His research interests spans from experimental economics, development economics, behavioral economics and philosophy. Bertil will participate in a panel debate at the academic program. 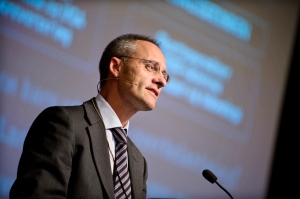 Guttorm Schjelderup
Guttorm Schjelderup is a Professor at the Departement of Finance at NHH. He has published work in several highly acclaimed academic journals, and his research interests are within public economics and international economics. In addition to his position at NHH, Guttorm is also Research Fellow at University of Oxford’s Oxford Centre of Business Taxation and his a member of the board at the International Institute of Public Finance (IIPF). Guttorm will participate in the panel debate at the academic program.

Tom Remlov
Tom Remlov is the CEO of the The Norwegian National Opera & Ballet. He has long and diversified experience from the cultural life, and has served as an actor, dramaturg, film producer and theatre director, in addition to be an opera manager. He served as theater director of Den Nationale Scene from 1986 to 1995, and was manager of Norsk Film from 1996 to 2001. He is manager of the Norwegian National Opera and Ballet from 2008. Tom will lead the debate at the academic program. 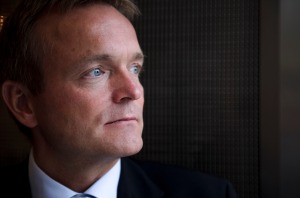 Ole Hope
Ole Hope is the CEO at NHH and head of the committee responsible for the art project. Hope has broad experience from the art- and culture field as a CFO at Den Nationale Scene, CEO at Grieghallen, chairman of the board in Opera Vest and board member at Carte Blanche. He is currently chairman of the board at BIT20 Ensemblet and board member in Kultur Vest, an organ for the professional art- and culture institutions in Bergen, and at Den Nationale Scene DNS. Ole will give the introduction at the art seminar.

Eirik Sjåholm Knudsen
Eirik Sjåholm Knudsen is a Research Scholar at the Department  of Strategy and Management at NHH. In addition to doing his PhD on  the financial crisis of 2008, he has also himself worked with street art and had work in several international books and magazines. Knudsen has been developed the concept, theme and content of the art project and co-curated it together with Martyn Reed from Nuart. He thus represents the link between the economic academics and the street artists. Eirik will give a talk at the academic program.

Henrik Hellstenius
Hellstenius is a professor in composition teaching at the Norwegian State Academy of Music in Oslo, composer and musician. Hellstenius´ output encompasses a large range of works: chamber music, orchestral works, opera, electroacoustic music and music for theatre, film and ballet. His music is frequently performed in concerts and festivals aorund Europe.  His Opera SERA has been recorded and received the norwegian Edvard Award in 2000, and his second opera ”Opehelia: Death by water Singing” was premiered in Oslo 2006. Henrik will participate in the panel debate at the academic program where he represents the fine art scene.

Johan Aasen
Aasen is Wealth Manager in SKAGEN Funds, the largest mutual fund manager in Norway, which also is sponsoring __capitalism? He currently works with external distribution and customer support and was previously pensions manager in SKAGEN. Prior to joining SKAGEN Johan was employed as trading manager at Enskilda Securities, and has held various positions as trader and analyst in the financial industry. He has a Masters degree in Business and an MBA from NHH. Johan will participate in the panel debate.

In close collaboration with the Nuart Festival, NHH Norwegian School of Economics invited some of the worlds leading street artists to give their comments on capitalism on the schools huge, white walls. In the period of July-August 2011, artists like Escif, M-City, EINE, Hyuro and Dolk painted nine different murals at NHH. On Sept 6th the project culiminated in an academic program where representatives from the street art scene went head to head with some of NHHs leading economists.